Our fabrics have an extraordinary heritage based on the ideology of one James H. W. Thompson. Jim Thompson was an American architect and art collector born in 1906 and educated at Princeton University. He practiced architecture in New York in the 1930s, and became interested in stage and costume design as a director of the Ballet Russe de Monte Carlo, an offshoot of the epochal Ballets Russes.

After serving as a military officer in World War II, he settled in Bangkok. Jim Thompson was captivated by Thailand and its culture, particularly the art of hand‑woven Thai silk, with its remarkable range of colours and textures. At that time, however, the craft of silk weaving was in steep decline, threatened by machine‑made fabrics and the advent of synthetic yarns. Yet Jim Thompson believed Thai silk would appeal to textile lovers in America and Europe, whose patronage could support local weavers and silk farmers, in an era when economic opportunities were limited in a developing country such as Thailand.

Jim Thompson dedicated his life to organizing a network of artisans, helping to upgrade their looms, introducing new techniques and designs thereby enabling Thai weavers to create silks that would dazzle the world. By 1950 he had founded The Thai Silk Company, majority‑owned by Thais, aimed in part at sustaining the traditional livelihoods, culture and dignity of local weavers and silk farmers.

Thanks to his decade in New York, Jim Thompson had personal links to the worlds of interior design, fashion, show business, art and media that helped him introduce the new textiles in Europe and America.

Jim Thompson fabrics soon won a devoted following among interior designers, couturiers and creators of costumes for stage and screen. By the 1960s, Thai silk had become world renowned, creating a luxury craft industry that benefited thousands of families, just as Jim Thompson had envisaged.

In 1967 Jim Thompson disappeared mysteriously while vacationing in Malaysia, yet the firm carried on his vision of quality, innovation and benefits to society, growing from 100 employees at that time to more than 3,000 today.

Jim Thompson oversees every aspect of the silk‑making process, from working with local farmers and weavers to creating complex contemporary Thai silks. This fascinating process is what makes Jim Thompson ‘the most treasured name in silk’.

At Jim Thompson we constantly look to celebrate our treasured silk heritage. We continue to produce our own silks, preserving the beautiful tradition of Thai silk, whole combining it with our own contemporary, stylistic twist. Like our founder, we are committed to supporting the community that works tirelessly to produce our fabrics, from nurturing the cocoons to reeling the yarns and all the way to weaving.

From its origin in 1950 as a project to revitalize the art of silk weaving, Jim Thompson Fabrics has evolved into a maker of a complete breadth of premium textiles for interior decoration, created by some of today’s most influential designers. As the world’s largest producer of hand‑woven fabrics, Jim Thompson is especially known for its legendary Thai silks.

Jim Thompson is exceptional among luxury textile houses today for our commitment to an entirely in house silk manufacturing process. By having our own silk farms, mills, design studio and research & development operations, the company is able to fully integrate all the processes and expertise needed in textile production, enabling it to create unique fabrics at uncompromising standards of quality, performance and beauty.

The unique character and unrivalled quality of our fabrics owe much to Jim Thompson’s original ideals. It was his intention that we master every step of production and fine‑tune our capability to optimize our offerings. We hone our skills in every stage from fibre preparation, yarn spinning and dying, to weaving, printing and finishing. For our signature Thai silk, we grow the mulberry and silkworms on our own farms, together with the cooperation of thousands of other family‑owned farms.

Jim Thompson’s integrated approach to silk manufacturing gives the company an enviable advantage over all others. Our master spinners, dyers and weavers, many of whom have been with us for over thirty years, know their way round every aspect and every process of silk making. With every yard of Jim Thompson fabric you are always assured of the highest quality, attention to detail and exquisite finishes. 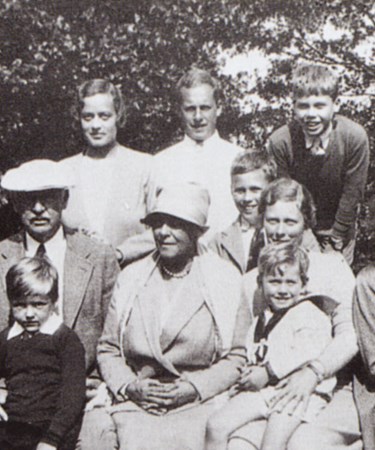 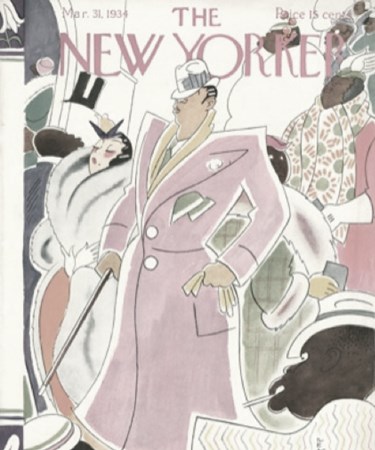 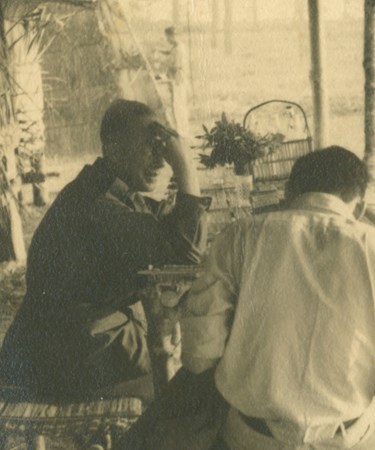 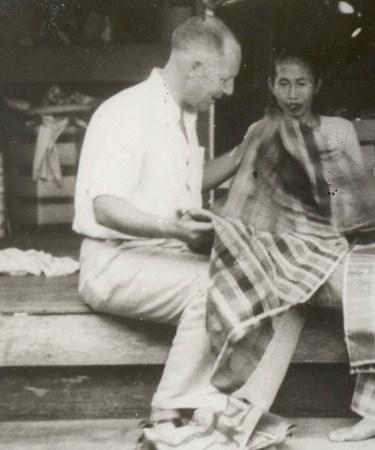 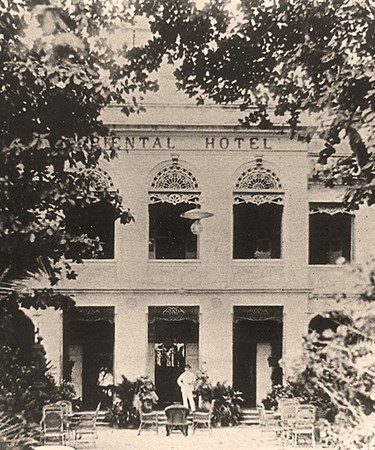 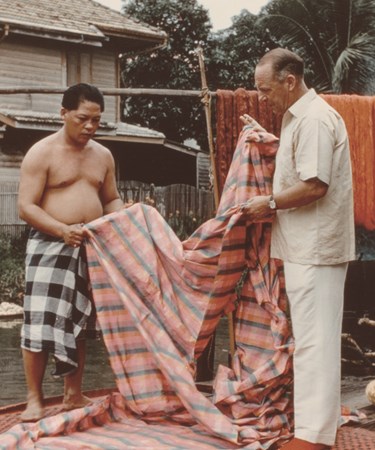 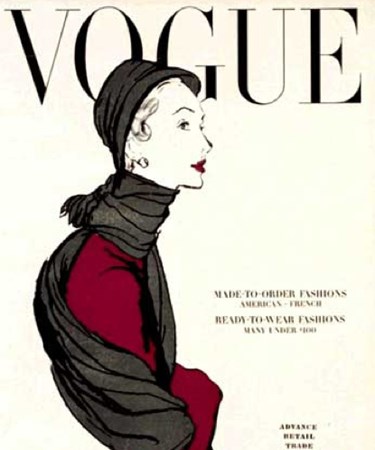 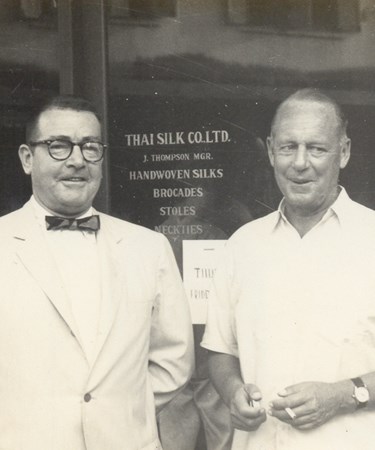 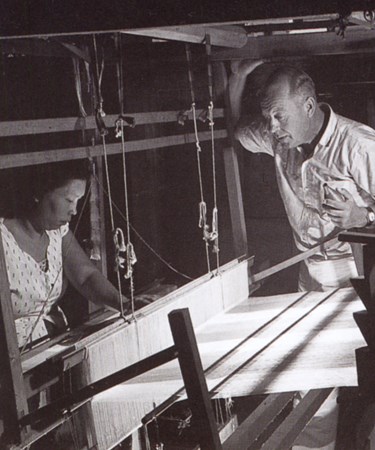 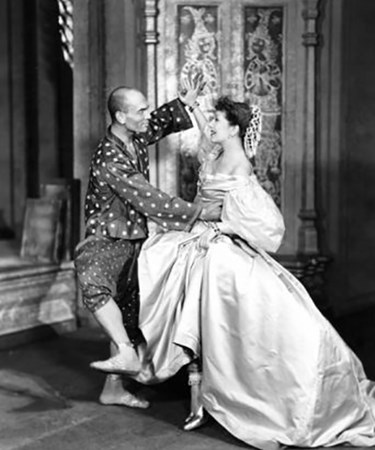 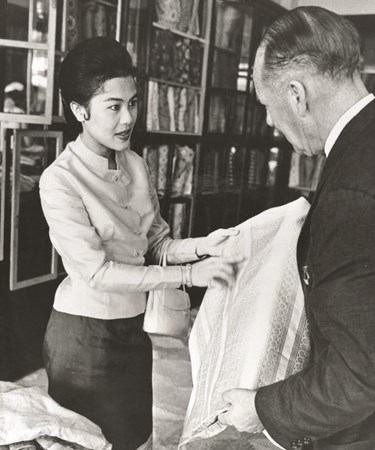 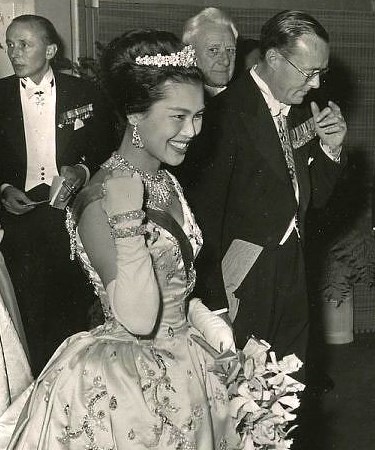 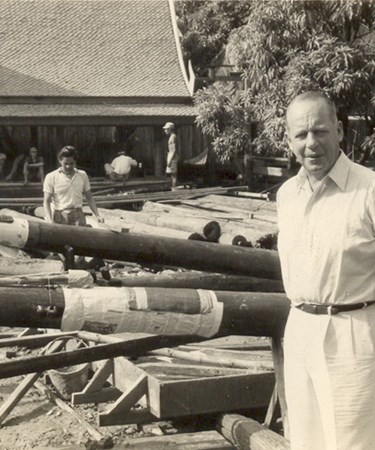 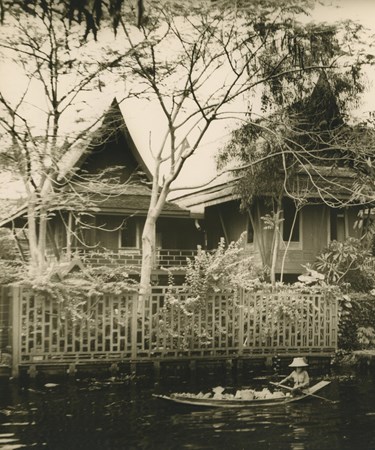 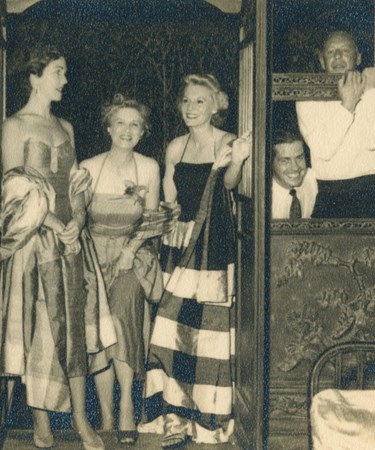 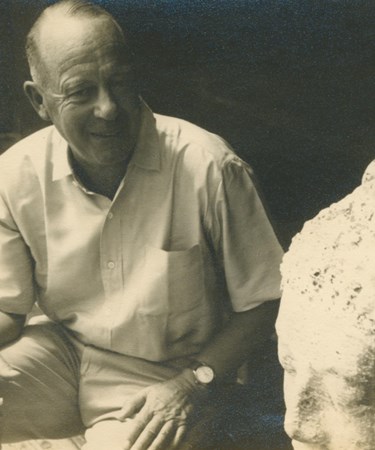 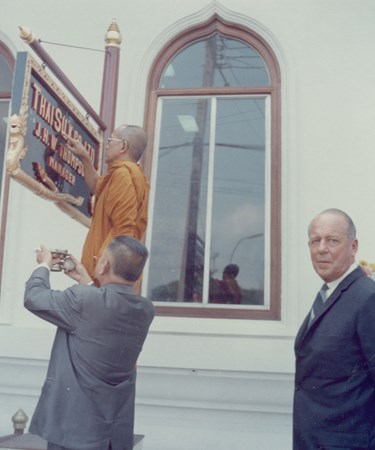 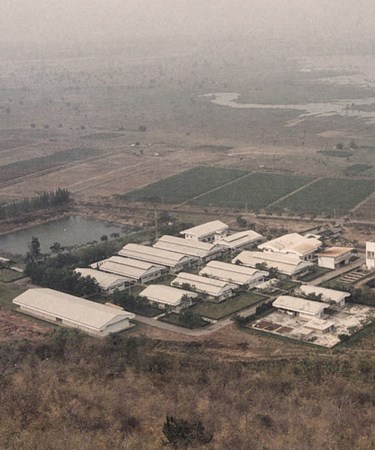 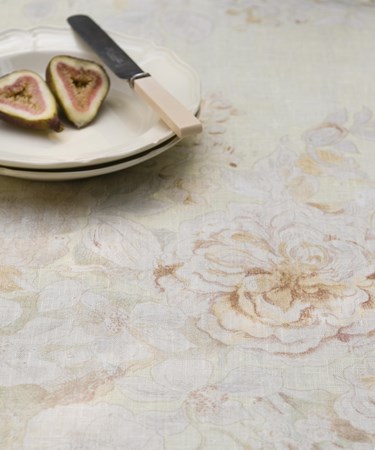 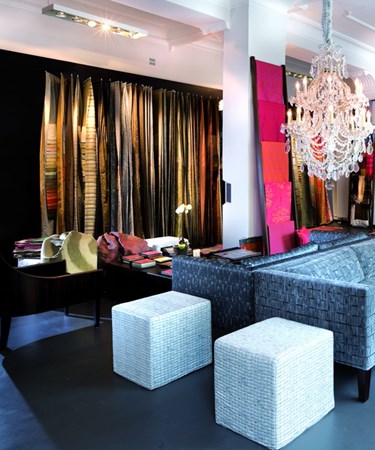 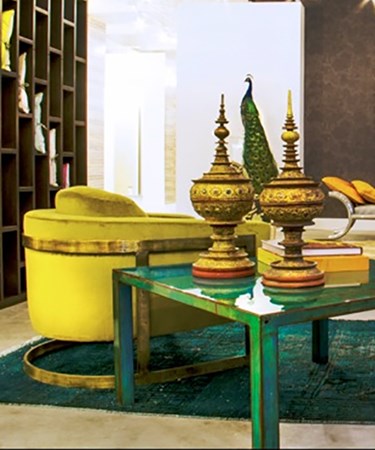 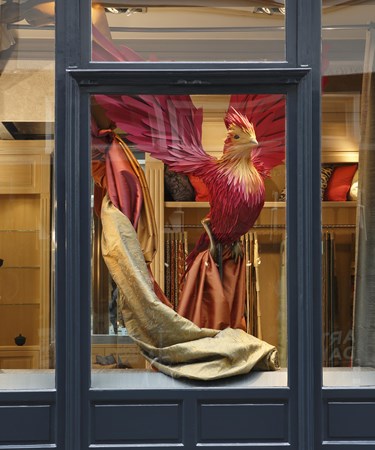 For over half a century Jim Thompson has been recognised globally as a treasured name in Thai silk production. Less known is our capability to create and customise high performance fabrics, that are suitable for non‑residential and contract specific projects, without compensating on quality or design.

At Jim Thompson we pride ourselves on being a vertically integrated company, incorporating quality‑controlled measures in to every aspect of the fabric production process. This ranges from silkworm cultivation and yarn manufacturing, to designing, weaving, printing, and treating. Our facility includes our own treatment lab where we can treat for fire retardancy and Teflon coating; water and stain repel; and knit or paper back, to enhance the technical qualities of our products. By working with each department, Jim Thompson has the capabilities to create beautiful contract fabrics and custom weaves, to suit each of our clients individual design needs.

Alongside producing exquisite fabrics, Jim Thompson has an extensive wallpaper range suitable for contract projects. All of our wall‑coverings pass the European Class B standard, the highest safety requirement, without compromising on the luxurious nature of the designs.

Jim Thompson delights in building longstanding relationships with our clients, who include some of the world's foremost architects and interior designers. Our wonderful hand‑woven textiles and decadent wall‑coverings have adorned the most opulent interiors of some of the world's most exclusive luxury developments, from hotels to private aviation and super‑yachts, making Jim Thompson a befitting choice for high‑end hospitality projects.